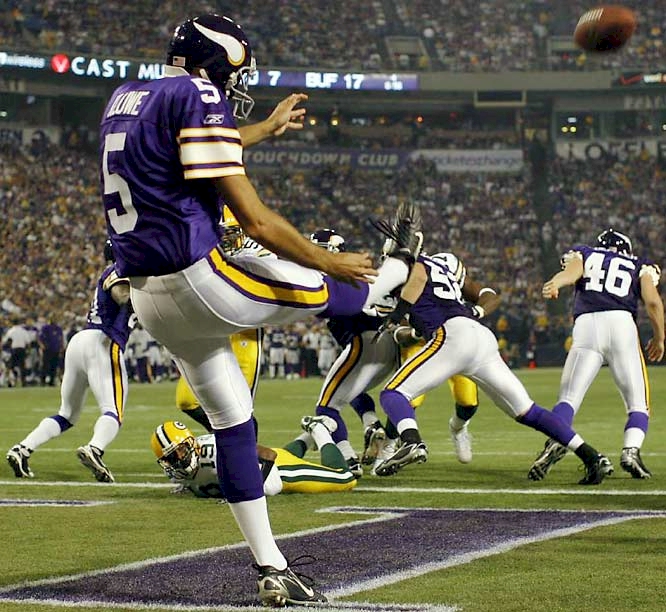 Vikings punter Chris Kluwe is on the verge of becoming my favorite player on the team.

Kluwe appears to be moonlighting as a marketing professional who is a natural with social media, so as a fellow communications professional, he’s got my admiration for his skills, illustrated in the details of the deal he made with Donovan McNabb for his number 5 jersey. Brilliant.

But most recently, during the lockout, he called out fellow football players Drew Brees, Peyton Manning, Logan Mankins, and Nate Jackson as “douchebags” for holding up the end of the lockout for their own individual gains rather than acting in the best interests of all the players.

That took guts; you gotta love it.

Nate Jackson was so upset with Kluwe, in fact, that he penned a piece for Deadspin to essentially tell Kluwe to shut up…because he’s a punter. (Hat tip to @MandersonMN.)

I’ve always thought this blustery attitude by many non-kickers that placekickers and punters are second-class NFL citizens worthy of downright contempt to be stoooopid. So much so, that I had planned a piece to discuss the subject.

But kickers don’t need me to defend them. They’ve got Chris Kluwe, who penned a wickedly funny and devastating response to Jackson’s silly assertion that he has no right to speak because he’s a punter.

Both are somewhat long but well worth the time invested for the amusement you’ll gain from Kluwe’s response.