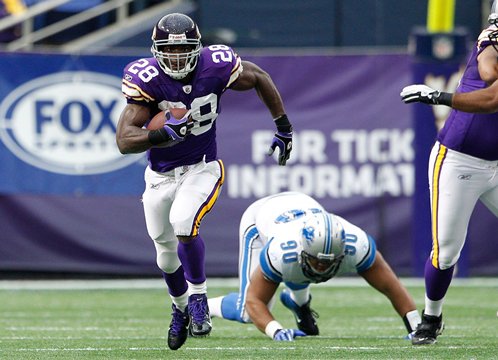 How can a team be as dominant as the Vikings have been during the first half of their three games this season only to completely collapse in the second half to lose each game?

I’ve never seen anything like this before; it is utterly baffling.

This would be a lot easier to take if the team was just not very talented but judging by the way the Vikings have taken it to their opponents during the first halves, that’s obviously not the case.

The Vikings have their opponents on the ropes going into halftime but coming out of it, they fail to make adjustments, they are plagued by penalties at crucial times, they commit mental errors, and just plain fail to execute the way they have in the first half.

You can blame Tyrell Johnson or Kenny Onatolu for our losses (and I do), when you take a 20-0 lead into the half and still lose, it’s a team effort.

I highly doubt this team is going to compete for Andrew Luck next year. As I said, there’s too much talent on the roster for that to happen. They’ve just got to figure out this enigma known as The Second Half.

The return of Kevin Williams turned what had already been a very good pass rush into a ferocious pass rush: Witness Jared Allen‘s three sacks and Brian Robison‘s two against a line that had yet to give up one this season. And when you throw in Everson Griffen at tackle on passing downs, that’s one intimidating rush.

Chad Greenway and E.J. Henderson are performing at the level we expect them to and no one is screaming for Kenny Onatolu (especially after yesterday) because of Erin Henderson‘s play.

Both Chris Cook and Cedric Griffin made some excellent plays yesterday but also had the misfortune of being matched up one-on-one against Megatron receiver, Calvin Johnson. They made their plays, but Johnson’s gonna make his, too.

On offense, we got all-world back Adrian Peterson and Toby Gerhart to come in and rip off huge chunks of yards when Peterson needs a spell. We’ve got sure-handed receiver Michael Jenkins and explosive slot reciever/running back/kick returner Percy Harvin.

And we’ve got Donovan McNabb who, one throwaway game notwithstanding, has done enough for the Vikings to win.

On special teams we have the consistently accurate kicker Ryan Longwell, one of the best punters in the league (and one of the best tackling punters) in Chris Kluwe, a coverage unit that knows how to pin opponents down and how to tackle, and dynamic kick returners in Marcus Sherels, Lorenzo Booker, and, of course, Percy Harvin.

Yes, we’ve got some holes:

If I had to one issue that is most contributing to the Vikings second-half collapses, it have to be our coaching staff, which appear to still be trying to figure things out.

Things like how to instill discipline in your players so they resin focused in the second half, things like employing the weapons you have as often as you can, things like countering what your opponent is doing to you.

It is that last point that is the most frustrating. Coach Leslie Frazier and coordinators Bill Musgrave and Fred Pagac have crafted superb game plans for the first half of each game this year only to watch the same approach turn disastrous in the second half.

Maybe they should devise two first-half game plans–one for each half–from here on out?

I dunno. And I’m pretty sure they don’t either.

VIDEO HIGHLIGHTS
For what it’s worth, I’ve video highlights of the game at the blog…if you try and forget that we lost, they’re pretty good. [WATCH Video Highlights: Vikings vs. Lions.]