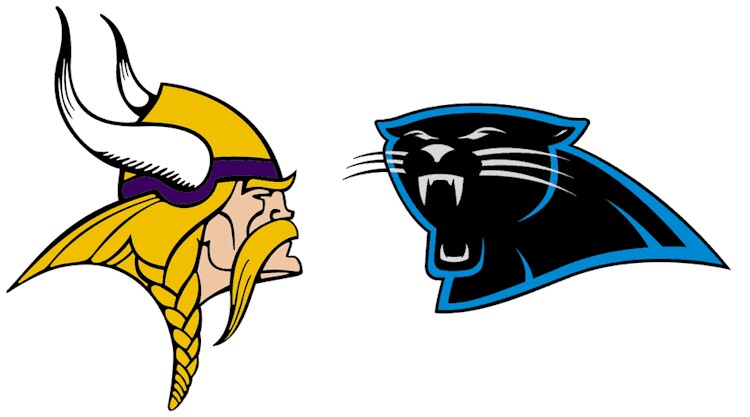 Adrian Peterson: The Panthers defense is ranked 29th in the NFL against the run. With two starting linebackers lost for the season and a pair of tackles who aren’t all that, this should be another good day for Adrian Peterson.

Peterson is coming off his 174 yard performance last week against the Packers and, given the explosiveness of Panthers rookie quarterback Cam Newton and the Vikings depleted secondary, the Vikings game plan will have to focus on getting Peterson as many touches as possible.

It looks like John Sullivan will be back at center, with Joe Berger sliding to guard to replace the injured Anthony Herrera and rookie Brandon Fusco, who did a great job subbing for Herrera last week, serving as the primary backup.

If they blocked like they did last week, Peterson could be at it All Day.

The Panthers, of course, know this so they’re likely to dare rookie Christian Ponder to beat them. If the Panthers do find a way to stop the run and the Vikings don’t control the clock, then we’ll see a lot of Newton.

Cam Newton: I’m fascinated to see this guy play for an entire game. Watch the Panthers highlights for this season. Cam Newton is tearin’. It. Up.

At 6’5″, 248 lbs, the guy is scary big, fast, elusive and he’s got a monster arm with a 60.3 completion percentage. He’s like Daunte Culpepper big and strong back in the day, big enough that pass rushers can bounce off him if they’re not careful. He may not have Michael Vick speed but he’s fast enough to outrun defensive backs, he can make people miss in the backfield or open field, or plow over them if need be. Newton can throw downfield sixty yards while on the run and can hit a thirty yard out on a rope.

Receiver Steve Smith is lighting it up as a result but Newton also likes second-year receiver Brandon LaFell, who’s definitely got some game. He’s got two excellent receiving tight ends in Jeremy Shockey and Greg Olsen and then he can also get the ball to running back DeAngelo Williams.

With the multidimensional threat Newton poses coupled with his ability to buy time to throw, it’s just asking too much for the Vikings defensive backfield to cover the Panthers. So, if the Vikings can’t eat the clock with Adrian Peterson, this thing will likely turn into a shootout.

Christian Ponder: Which is yet another reason to pay close attention to Christian Ponder. How will Ponder perform in such a situation? It looks like he’ll have Percy Harvin lining up in the slot this week to join Michael Jenkins, Devin Aromashodu, Greg Camarillo, and now, in place of the recently discarded Bernard Berrian, rookie Stephen Burton.

Can Ponder hang with Cam with that cast?

We’ll see but you know he’ll be motivated to put on a good showing when he’s taking the field with a fellow 2011 quarterback draft class member on the other side.

The Vikings travel to Charlotte, North Carolina, to face the Carolina Panthers at Bank of America stadium on Sunday. Kickoff is at noon CST and the game will be broadcast on Fox.

Your play-by-play guy will be Kenny Albert and Daryl Johnston will be your analyst with always-annoying Tony Siragusa serving as the sideline “reporter.”