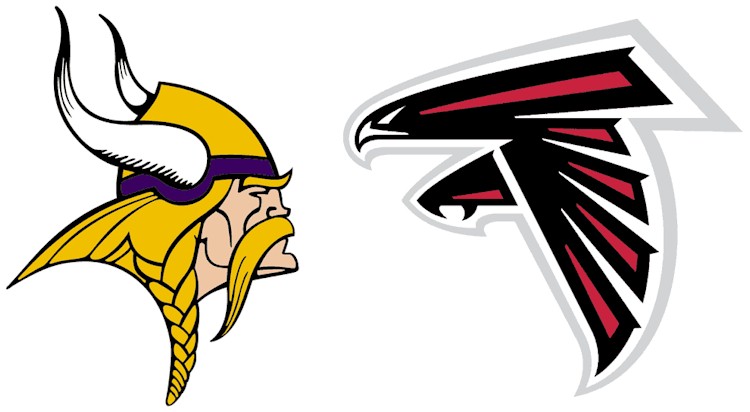 Christian Ponder: How does Ponder recover from perhaps his worst performance of the season, with poor decisions leading to three interceptions? Atlanta plays zone coverage on defense and, like everyone else, they’re likely to bring a lot of pressure against Ponder. Will Christian be able to take advantage of the zone with passes underneath?

Toby Gerhart: With Adrian Peterson out with a high ankle sprain, Toby Gerhart gets the best opportunity of his career to show what he can do, possibly over the course of several games if the injury keeps Peterson out beyond this week.

So far, I think, Gerhart has been less than advertised. When he catches a ball out in the flat with his back to the defense, the pace at which he turns it upfield feels positively glacial. While he’s gotten better at identifying and hitting the hole, when he’s running between the tackles, he runs straight up and seems incapable of running low to the ground.

That’s particularly glaring on short yardage plays. How many times have we seen him stuffed when he’s trying to gain one of two yards?

He’s okay in pass protection and has got pretty good hands but he’s slower than you’d think he should be.

I hope Gerhart excels because he could be trade bait for a draft pick or two, which we could really use.

Percy Harvin: How will the Vikings use him? If we see him take a lot of handoffs, what does that say about Gerhart?

Allen Reisner: With both Visanthe Shiancoe and Kyle Rudloph hurting, the Vikings elevated rookie tight end Allen Reisner from the practice squad and he could actually see some significant action. I liked what I saw of Reisner in the preseason; looked like a very smooth pass-catching threat.

Offensive Line: Will there be improvement? I hope.

Could be a long, long day.

Matt Ryan is a top-ten quarterback and Michael Turner, at 237 pounds is a load to bring down and has more speed than you’d think. Julio Jones has been the playmaker the Falcons expected him to be, though he could be slowed today with a hamstring injury, and Roddy White, though inconsistent, is capable of explosive plays.

But even if you take those two receivers away, you’ve still got to contend with Tony Gonzalez, who is, even at his advanced age, scary good.

If the Vikes are to have a prayer, they’re going to have to be in Ryan’s face all day. To do that, Jared Allen will need to continue his insanely good season, Kevin Williams will need to show up as he has the past two games, and Brian Robison will need to take advantage of the attention Allen and Williams will get.

Bringing heat often will help cover for a linebacking corps that will need to deal with Gonzalez and an overmatched secondary.

I will be keeping an eye on Benny Sapp to see if he’s someone who might be on the 2012 squad.