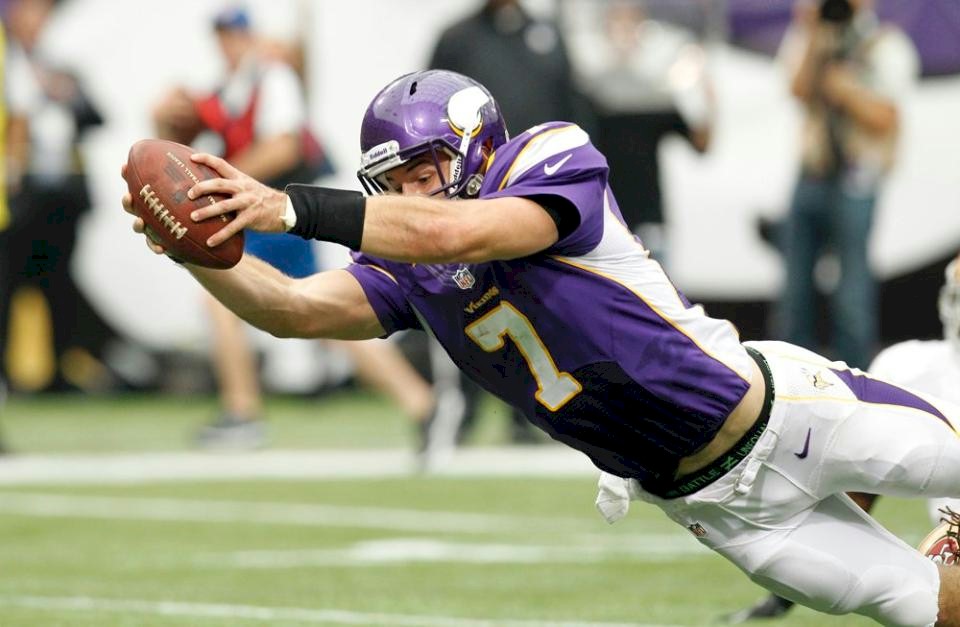 Well, who is that I see atop the NFC North standings?

That would be your Minnesota Vikings looking down at the Detroit Lions, the Chicago Bears and, after last night, deliciously, the Green Bay Packers.

At 2-1, this is exactly where I expected the Vikings to be three games into the season but I never contemplated that our one loss would be to the Indianapolis Colts.

The story of the game without question was the fact that Christian Ponder put in the best day at the office he’s had thus far in his young career.

Through the first two games, I was impressed with his ability to rally his team late to put them in a position to win in the closing moments. That’s a quality you must have in a championship-caliber quarterback.

But given the Vikings inability to score touchdowns early, last Sunday I was also impressed with Ponder’s ability to rally his team early. What we saw was a quarterback in command and in his comfort zone.

A big assist for Ponder’s coming out party must go to the offensive line and Bill Musgrave‘s protection schemes because Ponder had a lot of time to find his receivers and make decisions.

The performance would’ve been impressive had we seen it last week against the Colts but it was all the more impressive because it came against a playoff team in the 49ers, who many had ranked as the top team in the league. It was impressive because Ponder was working without a deep threat in wide receiver Jerome Simpson, with an Adrian Peterson who is not yet 100% and with a Michael Jenkins and John Carlson who have contributed little thus far.

Ponder made some remarkable throws:

Ponder made a smart decision to take advantage of a running lane when his the 49ers didn’t bite on his pump and the play resulted in a highlight reel touchdown run that both paid San Francisco back for Steve Young‘s painful touchdown run of yesteryear and gave opposing teams something to think about when trying to defend our quarterback.

After a season in which his interceptions thrown matched his touchdown passes (13), Ponder has yet to throw a pick this season, though, yes, he’s gotten lucky.

This is the type of progress we haven’t seen in a young quarterback in these parts since Daunte Culpepper‘s sophomore year.

We haven’t had a young quarterback we were confident of putting franchise label on but with each passing game, it appears the alterations are being made to Ponder’s franchise suit…and so far, it’s suiting us well.