The Minnesota Vikings have officially announced they will have new uniforms for the 2013 season. In a post on the team’s Facebook page, the Vikings announced the new unis will be unveiled at the team’s draft party on April 25, the first day of the NFL draft. To build anticipation for the new look, the team has also launched a social media contest through a microsite, at VikingsUniformInsider.com. The following image is from Vikings.com and hints at the designs we reviewed in last week’s Minnesota Vikings Chat podcast (see below to watch the podcast): 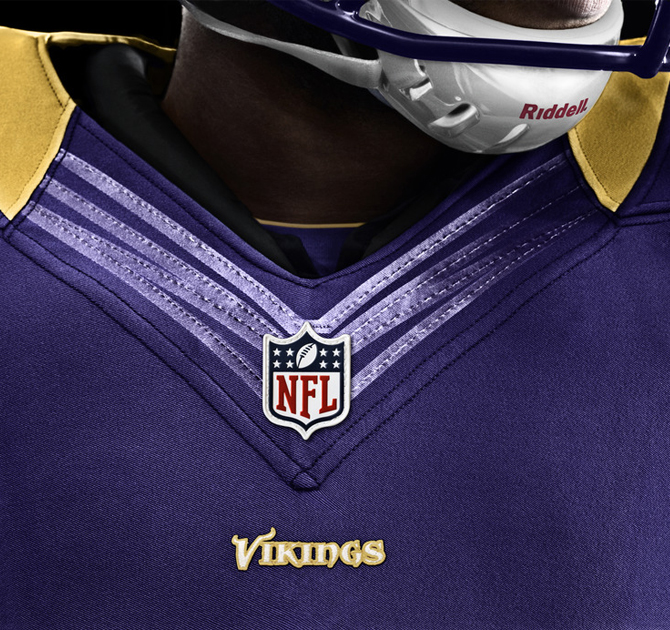