One of the big questions heading into this season was how Josh Robinson would fare after moving to the outside cornerback spot from the slot position he played during last year’s disastrous season.

Robinson answered that question with authori-tah during the first game of the season, highlighted by his beautiful, toe-tapping interception of a Shaun Hill pass. It’s only one game, granted, but it begs the question of whether the preponderance of Robinson’s troubles last season should be laid at the feet of the previous coaching staff; oh, and by the way, Take that, Pro Football Focus!

The Vikings were up 6-0 with 1:13 remaining in the first half and the Rams had the ball on second down with 16 yards to go after Hill was sacked by Tom Johnson for a six yard loss on the previous play. The play proved pivotal, allowing the Vikings to score on the ensuing possession with a Matt Cassel-to-Greg Jennings touchdown.

Let’s retire to the booth and consult the Coach Cam for a look at Robinson’s sweet pick.

Step 1: With 16 yards to go, Josh Robinson plays off coverage and backpedals as the Vikings rush four lineman 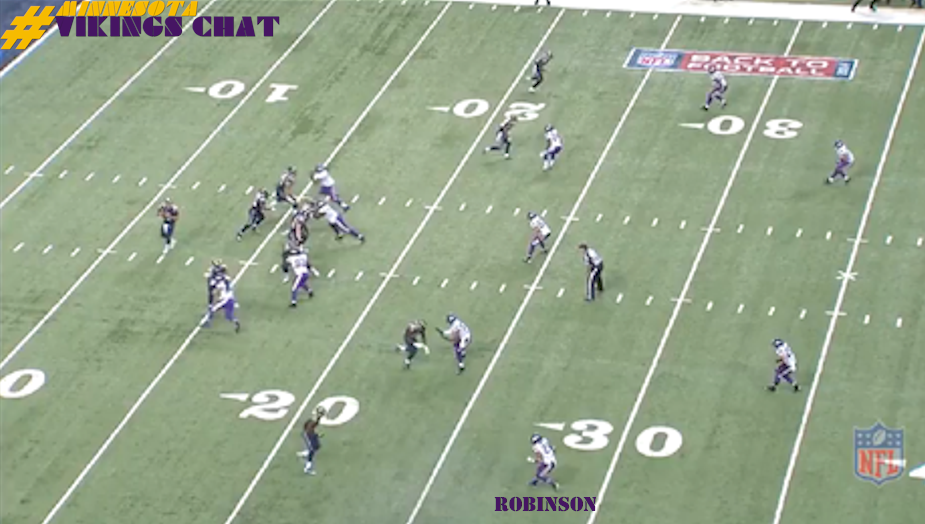 Step 2: Robinson directs his teammate to cover the flat while Brian Robison puts a devastating spin move on the Rams tackle 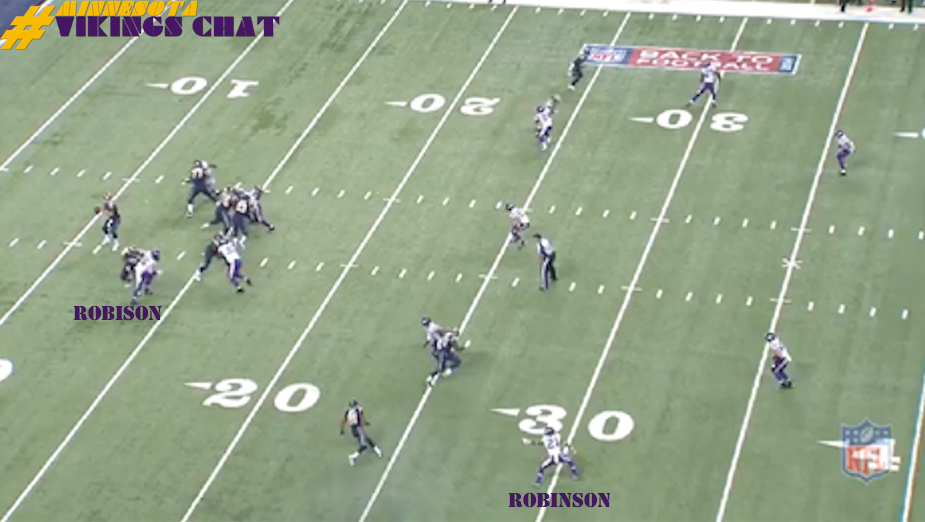 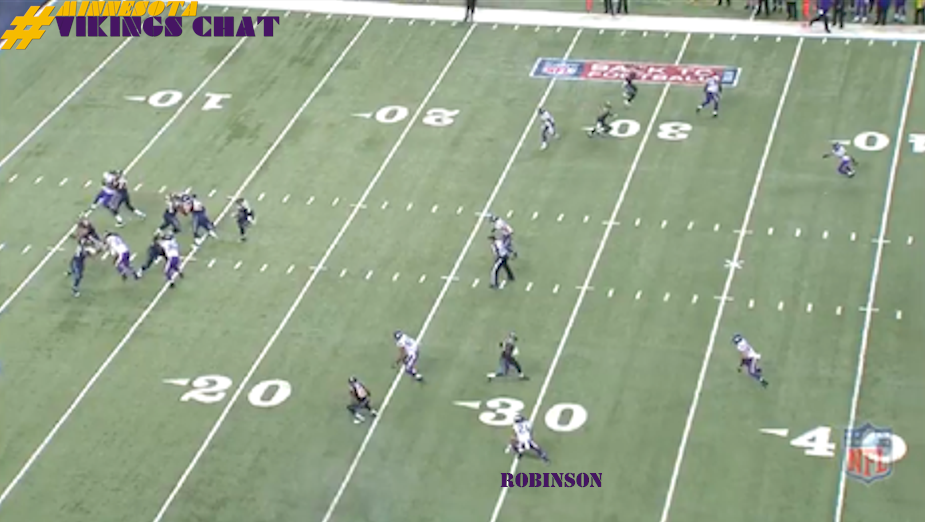 Step 4: Feeling the pressure from his blind side, Hill rolls out while Robinson backpedals to cover the deeper receiver 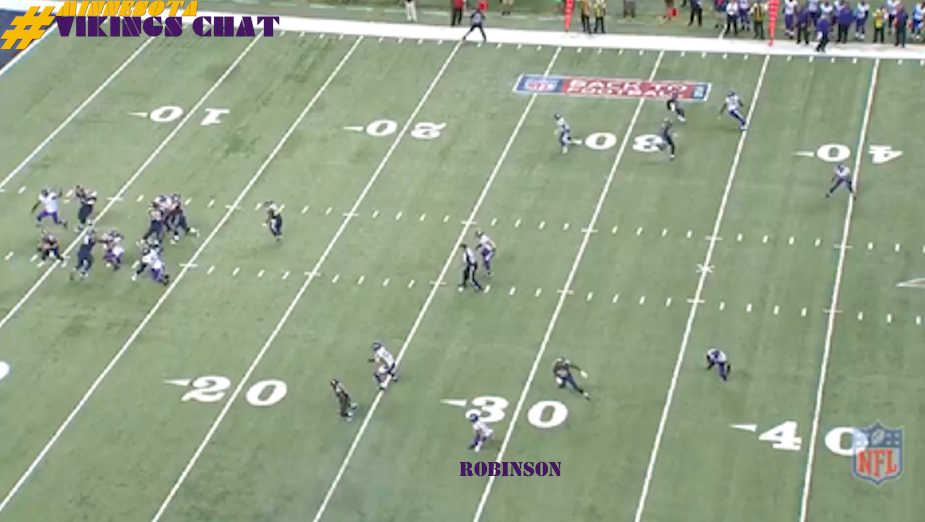 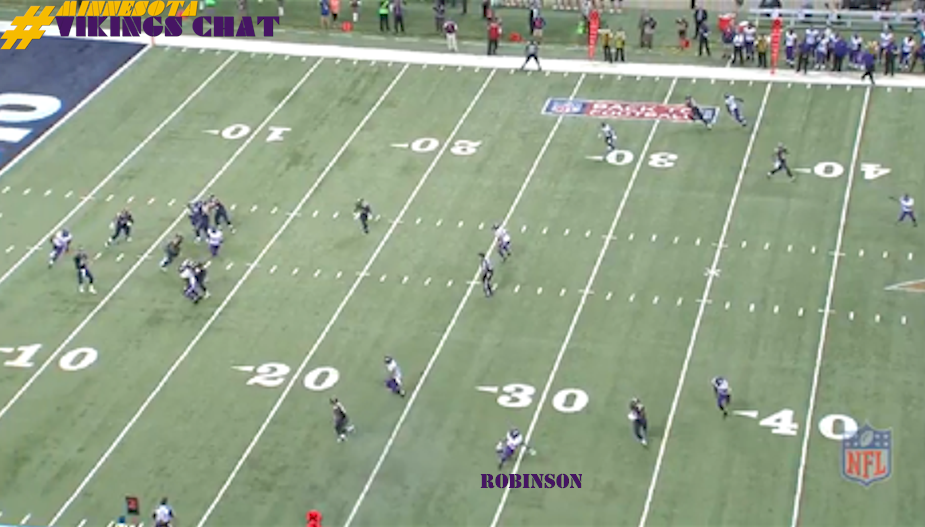 Step 5: In perfect position to defend the pass, Robinson sets up camp 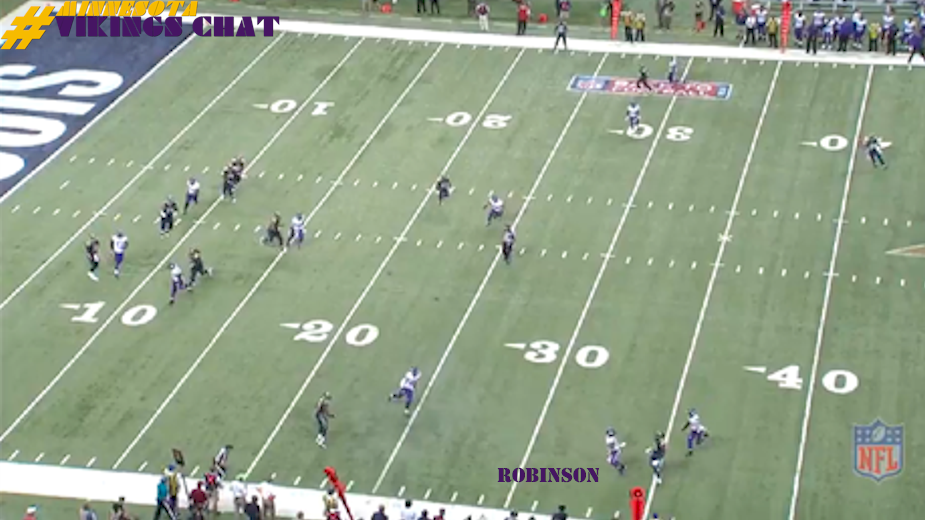 Step 6: Robinson goes up for the ball, hands positioned in a perfect diamond 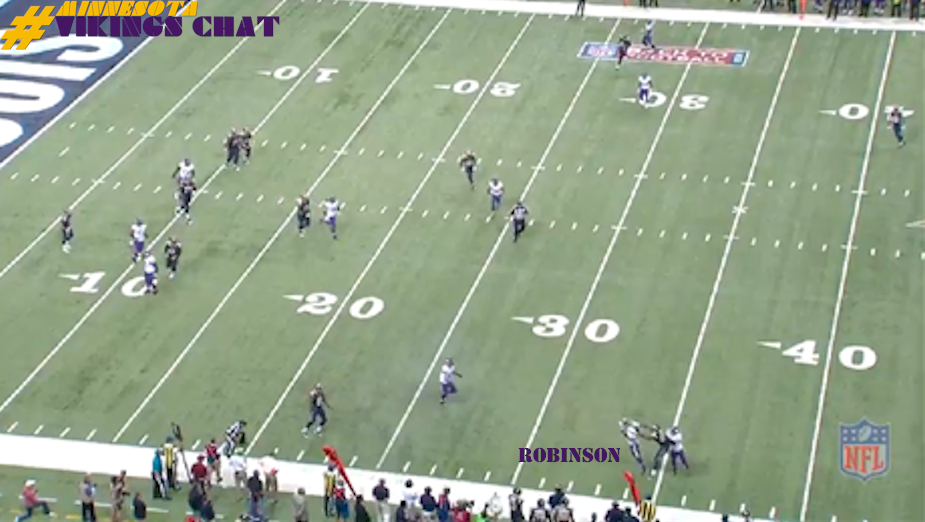 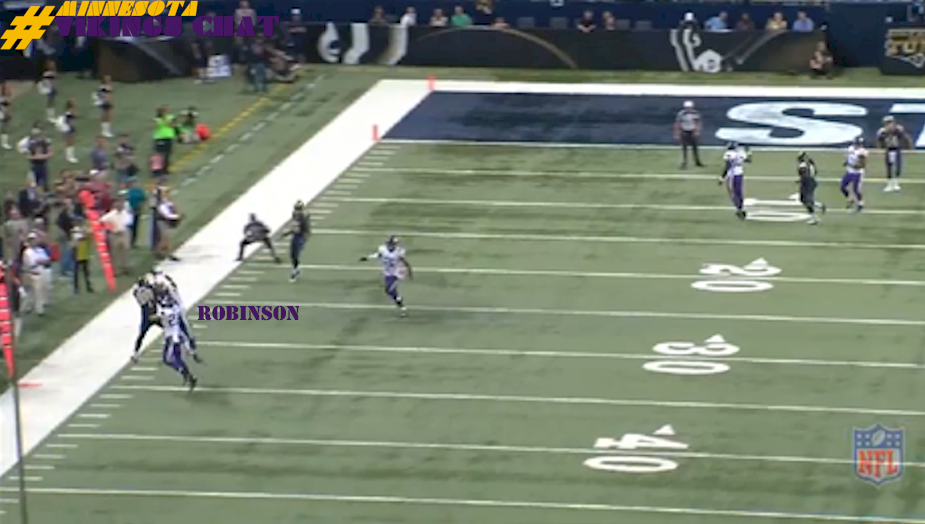 Step 7: Securing the ball, Robinson gets one… 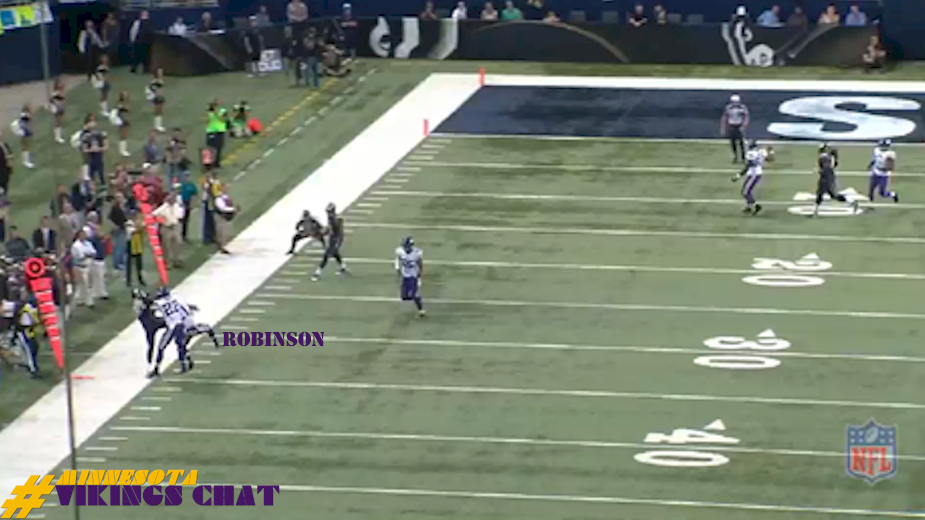 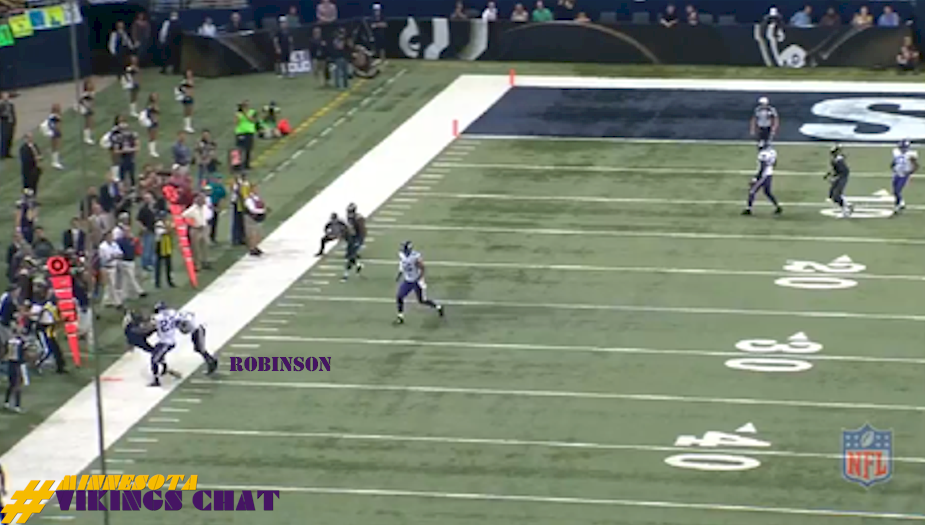