Harrison Smith recorded the third interception return for a touchdown of his career against the Rams. While superb play from Harrison is nothing new to Vikings fans, defensive scoring has been a relative novelty.

While Smith’s play merely served as the final nail in the coffin in which the Vikings buried the Rams, the play doesn’t really highlight Smith’s talents so much as and perhaps more importantly, that of rookie linebacker Anthony Barr.

The play took place with 3:21 on the clock in the fourth quarter with the Rams facing a third down with four yards to go from the Vikings’ 23 yard line. Let us retire to the booth and take a look at the Coach Cam to break down this play, shall we?

Step 1: Vikings line up with 6 at the line of scrimmage 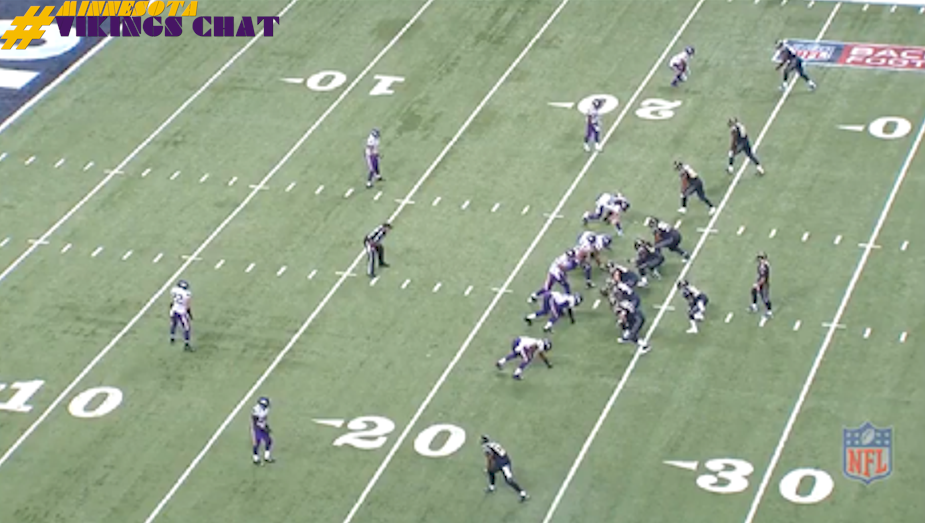 With both Barr and Chad Greenway showing blitz 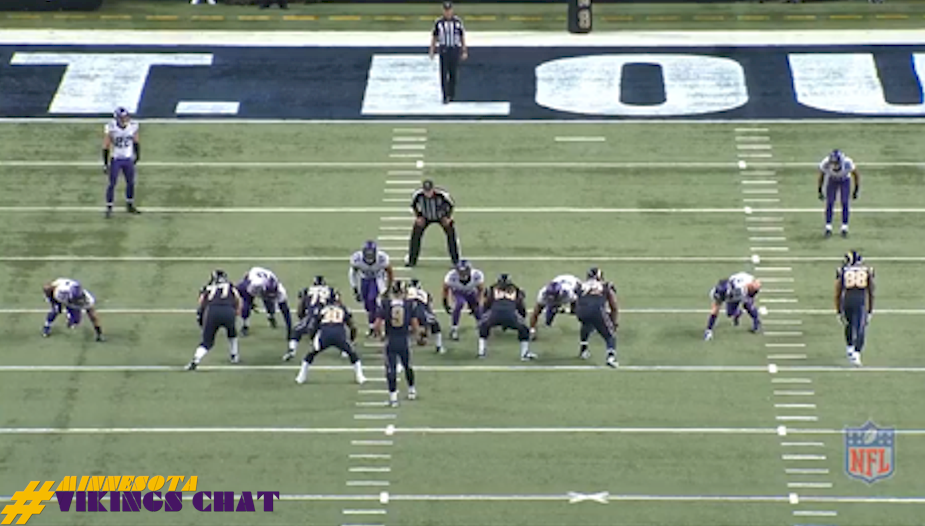 Step 2: At the snap, Greenway peels back into coverage with Barr rushing 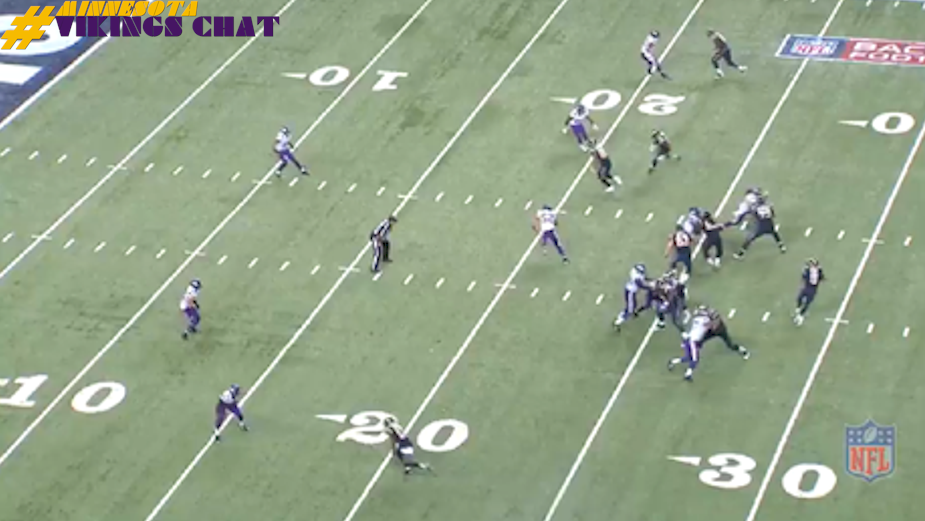 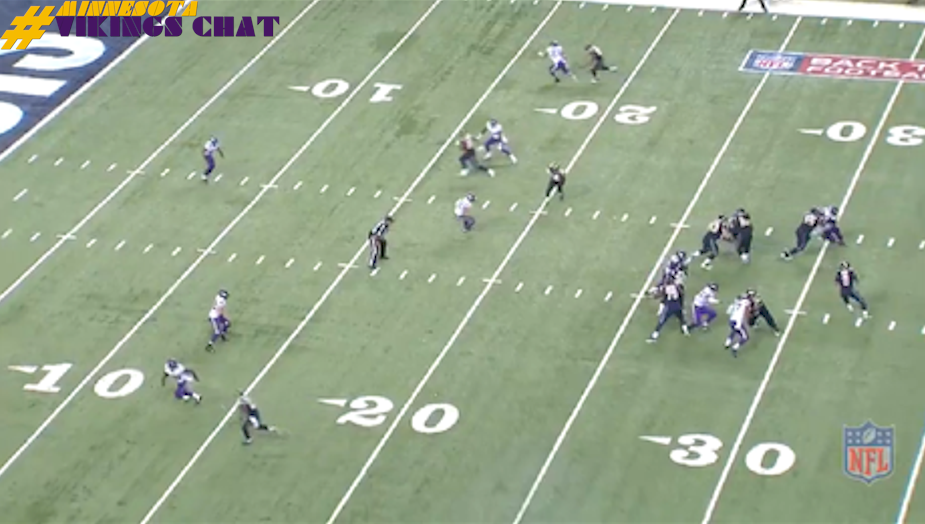 Step 4: Rams get what they want with Greenway matched up against receiver crossing the middle 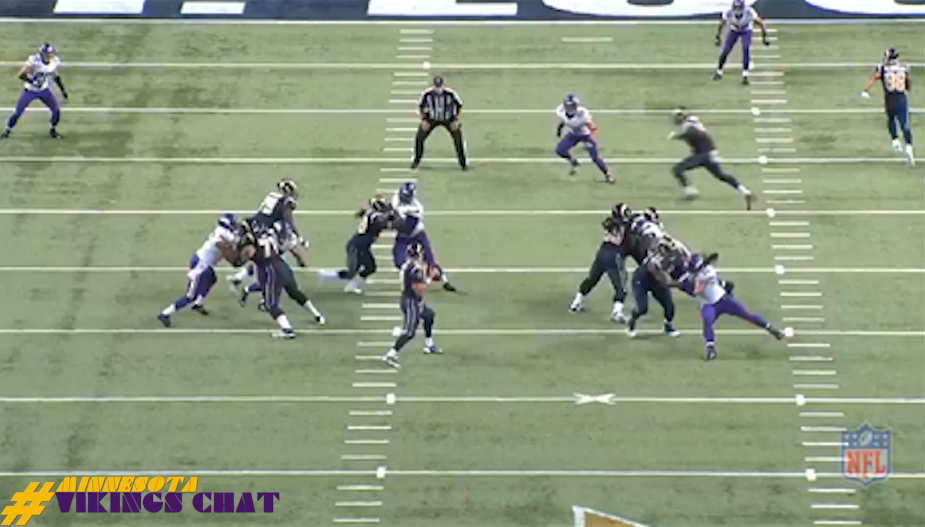 Step 5: But Anthony Barr defeats the block and disenges from the Rams lineman 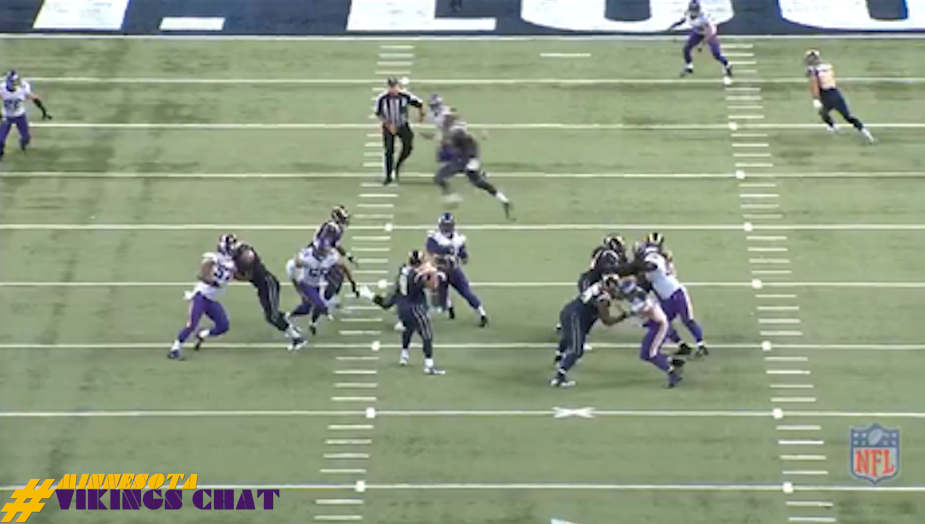 Step 6: And plows into Rams quarterback Austin Davis as he releases the ball 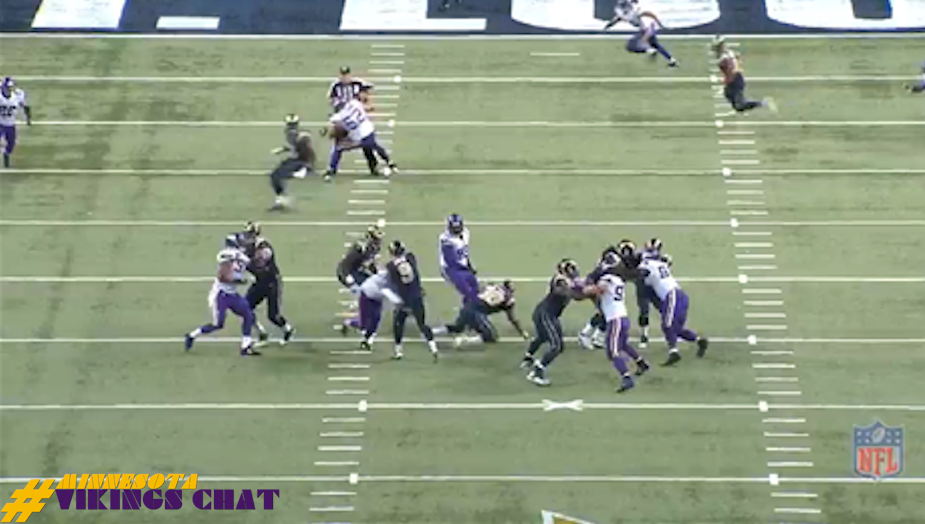 Step 7: Forcing an errant pass (which you couldn’t really see from the broadcast footage. These are the extents we go to, folks, to bring you insight into the entire game. Because we know you care.) 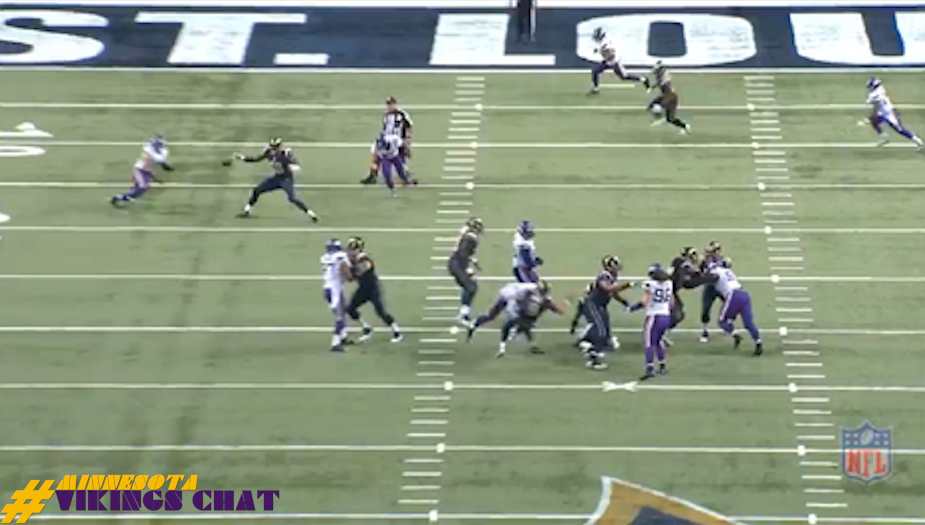 Step 8: Harrison Smith reads the routes, recognizing blanket coverage by his cornerbacks and that the crossing route is likely Davis’ only target 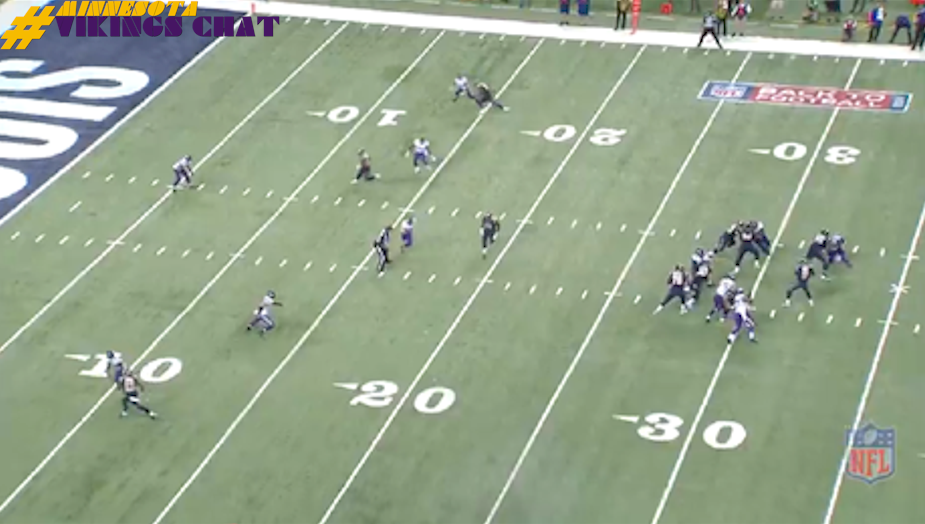 Step 9: Smith breaks on the route and picks off the errant pass with relative ease 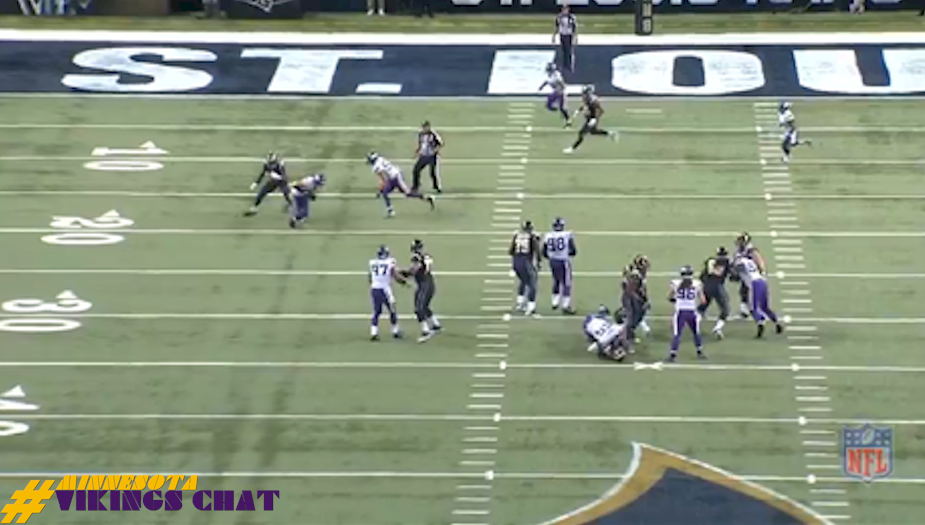 Step 10: Then takes the ball the length of the field with a sprinting escort provided by defensive end Everson Griffen 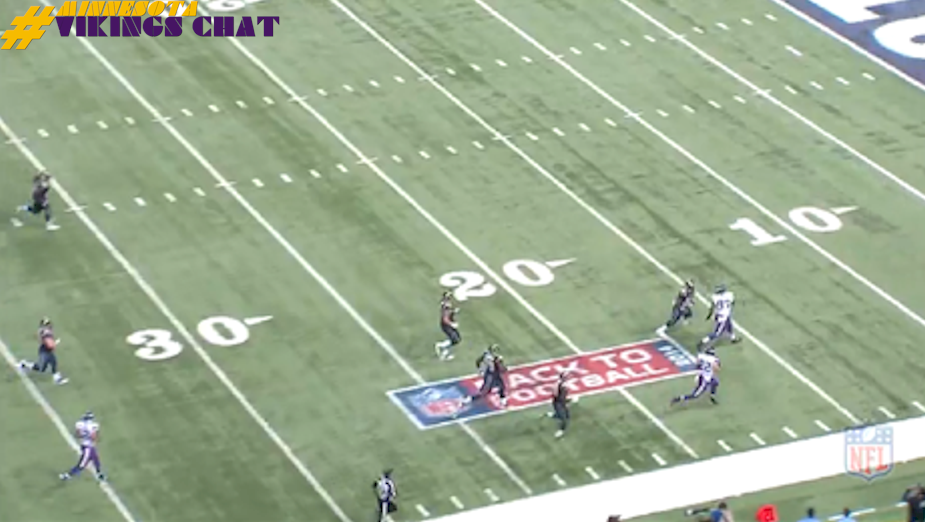